Over the last twenty years, Henri Brandford Griffith has been one of the major players in French and international transactions involving listed and unlisted companies, such as mergers and acquisitions or public tender offers.

He has been involved in most of the main hostile stock exchange battles since the early 1990s and in the litigation proceedings resulting from these transactions.

He has acted in the following main stock exchange battles:

He regularly advises companies and funds in respect of their mergers and acquisitions operations in France and abroad. He recently advised Campari for its acquisition of SPML (Grand Marnier) as well as Crédit Agricole SA in relation to the transfer of the certificats coopératifs d’investissement (the « CCI ») to the benefit of a holding company of the Regional Banks.

Much of his time is spent on stock exchange litigation and he has been involved in proceedings relating to stock exchange regulations and complex company law matters.

Henri Brandford Griffith is a graduate of Paris II Assas University (Masters in Business Law) and was admitted to the Paris Bar in 1988. He worked with Gide Loyrette Nouel and is the founding partner of Brandford Griffith & Associés. 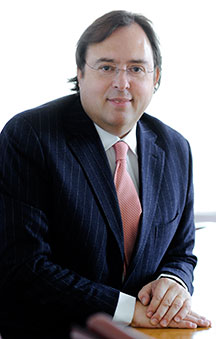