Diane Pasturel has acted in most of the major litigation involving stock exchange regulations or company law over the last twenty years.

She has acquired extensive experience in proceedings relating to public tender offers and regularly acts for top level executives, issuers and financial institutions in relation to insider dealing cases before the Autorité des marchés financiers and the Paris Court of Appeal.

She advises financial or industrial groups on a regular basis in pre-litigation matters relating to financial or stock exchange issues and on code of conduct issues. She also appears regularly before civil or commercial jurisdictions in complex litigation proceedings.

More particularly, Diane Pasturel represented top executives of Vivendi and EADS (Airbus) before the Autorité des marchés financiers and the law courts. She obtained the reimbursement of funds invested in a Madoff scheme and acted for the former CEO of Moulinex in commercial and criminal matters following bankruptcy proceedings.

Diane Pasturel holds a degree from the University of Paris II (Masters in Judicial Careers Law) and was admitted to the Paris Bar in 1989. She worked with Bredin Prat for a number of years and was seconded to the Société des Bourses Françaises (former Euronext Paris) where she was in charge of the legal department, before founding Brandford Griffith & Associés. 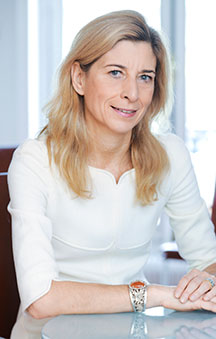